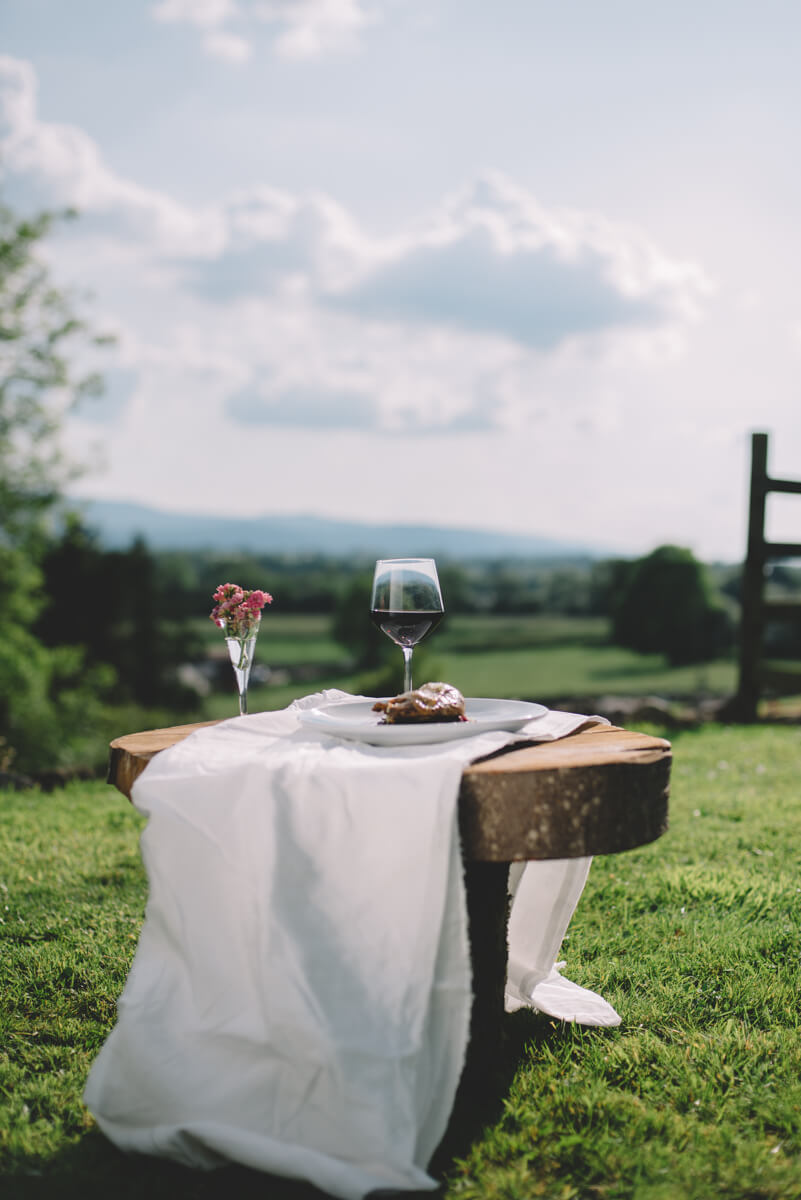 The story of Kilkieran Cottage began in 1983 when Frank Walsh purchased the land consisting of 32 acres and some derelict buildings, with plans to develop the property in a way that would complement the High Crosses, the Holy Well, and historic Graveyard, which adjoins the property. The ancient graveyard was over grown and difficult to access until a group of local residents got together, and formed a working group to clear the graveyard and highlight the existence of its unique High Crosses.

Frank and Ade met when Frank was working in Ade’s hometown of Jakarta. They returned permanently to Ireland in 1995, and fell in love with the beautiful landscape and spectacular view of Kilkieran. They can listen to the birdsong from the woodland, and see the changing alignment of the sunrise and sunset all year round. Together they developed the property, built a ‘Cottage’ style restaurant and started the business of Kilkieran Cottage Restaurant. They want to complement the development of the area by providing a place where visitors to the High Crosses could stop for some refreshment, and enjoy the beautiful scenery.

The restaurant was built in 1997, and it was first opened in 1998. They ran the restaurant from 1998 to 2002, and due to family commitment they left the restaurant business for a while. Then came back in 2012. They refurbished and re-launched the restaurant with a commitment to create a meaningful business that would benefit local employment and further enhance the locality. Ade gained diploma in ‘Restaurant Management’ and ‘Culinary Art’ from WIT, and Ade now is a Head Chef of Kilkieran Cottage.

The restaurant itself is doing well in a difficult climate responding to a changing marketplace. In particular providing an establishment where customers can celebrate special family occasions; birthdays, christenings, first communions, confirmations, and weddings. It also prides itself on its diversity having hosted ‘Harvest Gathering Celebration’ for local farming community, to Bluegrass music concert for country music fans, a Christmas Market with Carols sung by the local primary school children from Owning, and each year in July, a ‘One Act Play’ performed by the very talented members of the local Carrick-On-Suir ‘Brewery Lane Drama Society’, and also an Art Exhibition as part of the ‘Clancy Festival’ of Music and Art.

A barn area at the back of the restaurant has been enclosed and the stage area was built last year together with Brewery Lane Drama Society. It has hosted many events; from musical & drama performances, to Christmas market.

Get Our Offer, News and Updates Straight to Your Inbox

This website uses cookies to improve your experience while you navigate through the website. Out of these cookies, the cookies that are categorized as necessary are stored on your browser as they are essential for the working of basic functionalities of the website. We also use third-party cookies that help us analyze and understand how you use this website. These cookies will be stored in your browser only with your consent. You also have the option to opt-out of these cookies. But opting out of some of these cookies may have an effect on your browsing experience.
Necessary Always Enabled
Necessary cookies are absolutely essential for the website to function properly. This category only includes cookies that ensures basic functionalities and security features of the website. These cookies do not store any personal information.
Non-necessary
Any cookies that may not be particularly necessary for the website to function and is used specifically to collect user personal data via analytics, ads, other embedded contents are termed as non-necessary cookies. It is mandatory to procure user consent prior to running these cookies on your website.
SAVE & ACCEPT